About La Traviata – The Opera by Giuseppe Verdi

La Traviata (The Fallen Woman) is an opera in three acts by Giuseppe Verdi set to an Italian libretto by Francesco Maria Piave. It is based on La dame aux Camélias (1852), a play adapted from the novel by Alexandre Dumas, fils.  It was first performed on 6 March 1853 at the La Fenice opera house in Venice. La Traviata is the story of Violetta Valery. 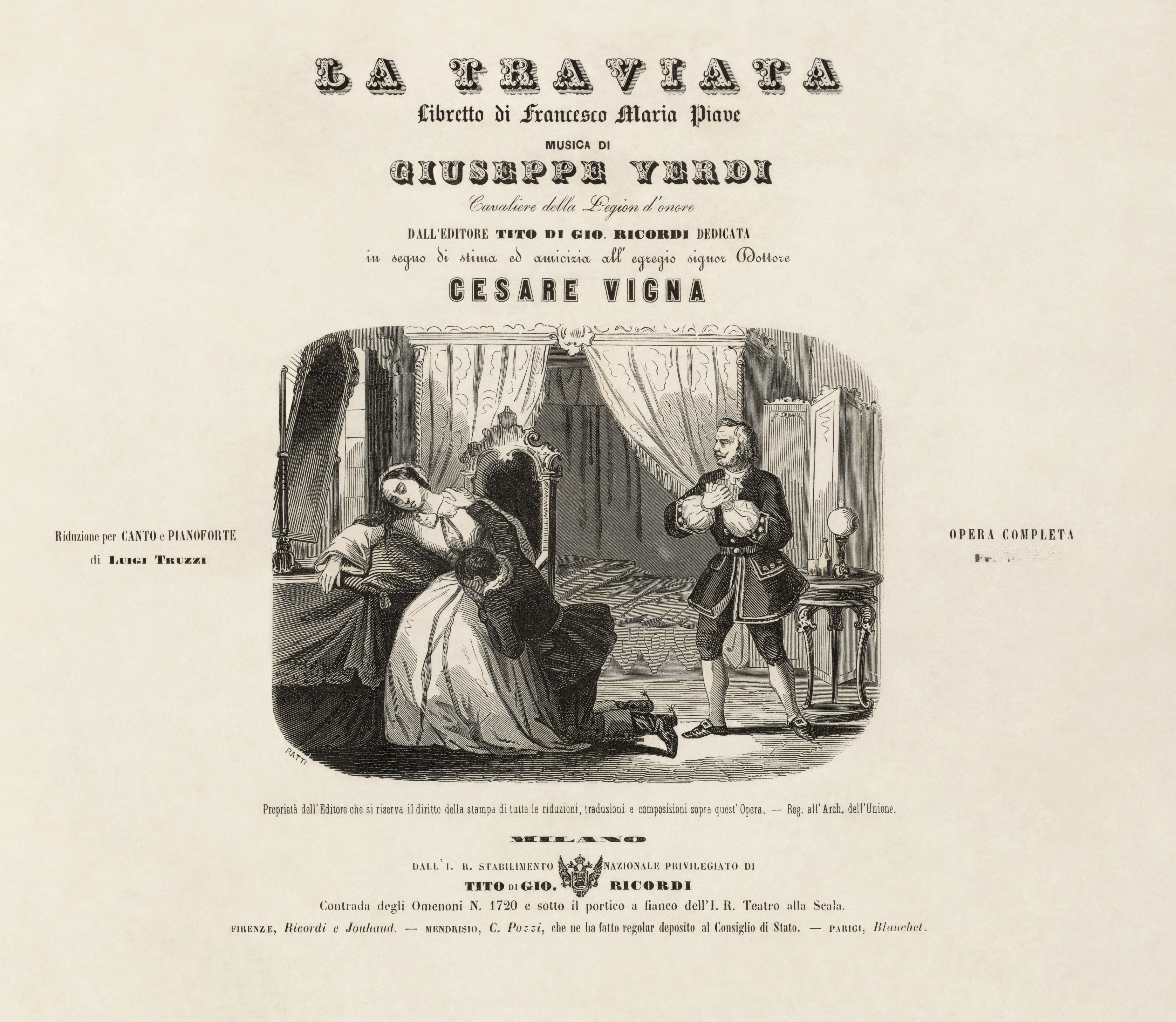 Cover of La Traviata from 1855

Violetta is a famous woman in the Parisian salons for her dubious morality. She has had several lovers and is now linked to Baron Douphol. One day Alfredo Germont shows up and the two, Alfredo and Violetta, dance until she feels unwell. At that moment, Alfredo tells her he is in love with her and Violetta gives him a camellia flower and tells him to come back when it will be withered.

Violetta is afraid of falling in love, but his love is stronger. Thus begins the love story between Violetta and Alfredo and she sells all her wealth to be able to live with him. But the economic problems push Alfredo to talk to his father, Giorgio.

Giorgio Germont goes to Violetta and begs her to break up with Alfredo, since their story is ruining her family’s reputation and Alfredo’s sister risks being rejected by her future husband. Violetta is reluctant, but in the end she accepts to preserve Alfredo and his family. She returns to Baron Douphol and writes to Alfredo to forget her.

At a party Alfredo meets Violetta and as a revenge he throws her money in front of others, treating the woman like a prostitute who desperately cries.

Violetta knows she is sick of consumption and is about to die. Alfredo’s father lastly reveal everything to his son who, having learned the truth, runs to Violetta. The woman is happy to see Alfredo. The two talk about happy days and dream about the future, but now Violetta can’t take it anymore. The woman wishes Alfredo a happy life, she gives him her medallion and dies in his arms.

«Libiamo ne’ lieti calici» is one of the best-known opera melodies. The song is a brindisi, a lively song that encourages the drinking of wine and beverages.

Discover one of our Bellagio homes: apartment La Traviata, named after this Opera