Villa del Balbianello – The most beautiful Villa of Lake Como 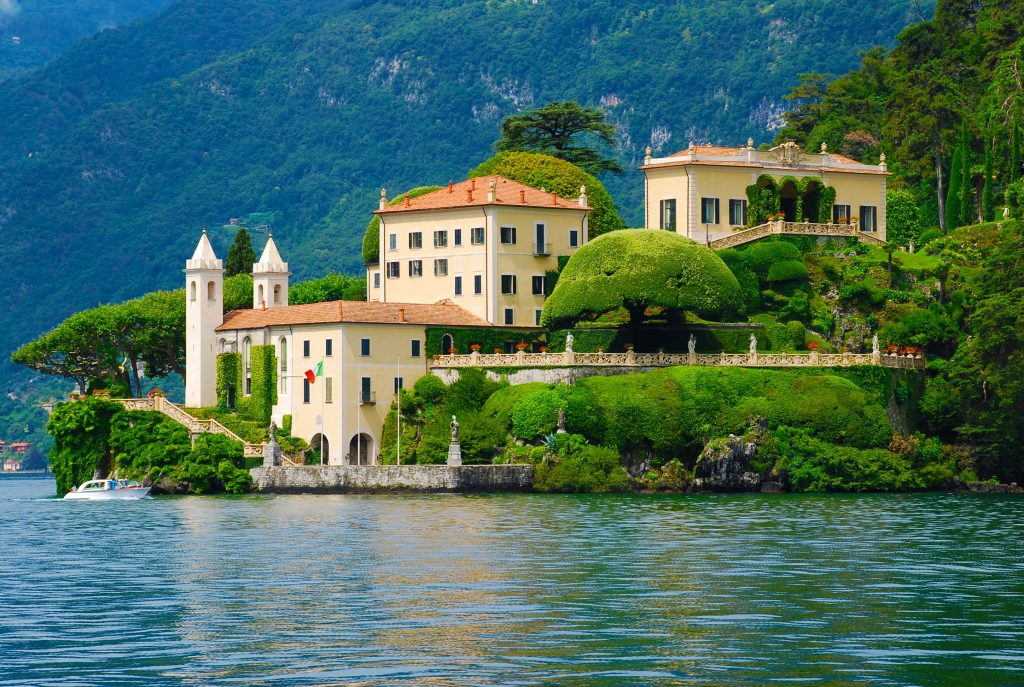 Villa del Balbianello is probably the most beautiful and most famous villa of Lake Como, with its privileged location right on the tip of the Lavedo Peninsula (also known as the “Penisola del Balbianello”).

This Villa is composed by a structure of two splendid buildings, of which it is possible to visit the finely furnished rooms, surrounded by a magnificent garden that continues on large terraces directly on the lake, built to have a 270° view of the surrounding landscape.

Since the 13th century, on the Lavedo  peninsula there was a monastery of Franciscan friars. Its property was taken over by Cardinal Angelo Maria Durini in 1785. Two years later, he began the conversion of the monastery into the Villa we know. The Villa has been the scene of many important events in the history of Italy. It was also the abode of many important politicians, art and literature characters, including Silvio Pellico, Giovanni Berchet, Giuseppe Giusti, Arnold Böcklin, Luchino Visconti and Alessandro Manzoni: the first Italian novelist who changed the history of Italian literature with its novel set on Lake Como.

Later, the Villa was sold to Guido Monzino, the first Italian to climb Mount Everest, which decorated the interiors with antique furniture and many rare artifacts obtained in his expeditions. In 1978, Monzino also built a system of secret passages inside the Villa.
Finally, the Villa became property of the Italian Environment Fund (FAI) and is now the most visited Villa in Italy.

The villa was the set of many famous films, including “A month to the Lake” and “James Bond: Casino Royale”. In this movie, the villa is a place of perfect rest and recover for the famous spy. Even George Lucas decided to set “Star Wars: Episode II Attack of the Clones”. Indeed, the marriage between Anakin Skywalker and Princess Padmé Amidala is set in the Villa.

To visit Villa del Balbianello, you have to take the ferry to Lenno; then you can reach the Villa in just about 15 minutes walking, or with a taxi boat.

Villa del Balbianello is becoming also a more and more famous location for weddings. Many lovers choose this unbeliavable location for their special day. Indeed, in the Villa is possible to celebrate both civil and sacred ceremony, due to the chapel and wide spaces of the gardens. Discover more about a Bellagio wedding in our post!

Do you want to visit the Villa? Check out the best places to stay in Lake Como to visit it.

On this page you can find opening times and other useful information such as events at Villa del Balbianello, special openings and much more!